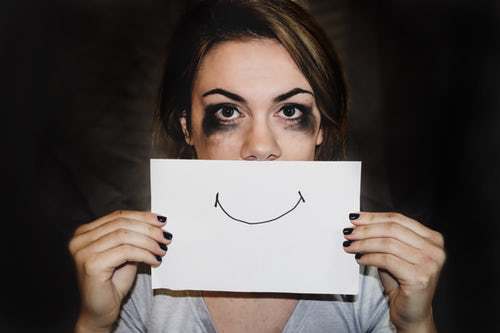 So I decided to be a fun mom last weekend.

I decided we were going to have a movie night. I spent all day looking at Pinterest for ideas and gearing myself up for this amazing bonding time with my boys. We drove to town and picked up pizza, a movie, all the supplies for root beer floats, and a bit of candy. Then we excitedly rushed home to start our joyous, memorable time together.

Oh it was memorable, all right…

First of all, I have two boys, and any mom to multiples knows that if you try to do anything fun they will inevitably fight and ruin it.

It does not matter in the least that there is a seven-year age gap between the two. They can fight like the best of them.

The two-year-old specifically wanted the blanket that his brother was using and his brother did not want to share. This resulted in a knock-down, drag-out, tug-of-war screaming match where no one could hear the movie. I decided the tormenting toddler could care less about the movie and it was past his bedtime, so I shipped him off to bed.

Once the monster was asleep, my oldest and I poured our root beer floats, rewound the movie, and attempted to start again. Things were going great until, halfway through the movie, he jumped up and ran to the kitchen.

He had a bloody nose!

–And not just any bloody nose, but one that was flowing so heavily, he stood over the trash can because a tissue just wasn’t going to cut it. It was CSI-Law-and-Order-Forensic-Files awful.

This went on for twenty minutes as I got increasingly woozy and debated calling someone to come help us (ever seen that meme, “I need an adult. An adulty-er adult”? It was like that). I kept imagining me passed out on the floor while my kid bled to death. Just as I was about to call on the first responders to come and save the both of us, it finally stopped.

I did a quick clean-up of the crime scene kitchen and we once again returned to our movie.

As the movie ended, he started to complain about a stomach ache. This was probably due to the mountain of candy wrappers lying beside him. I did what any tired mom does: I tucked him into bed and told him to sleep it off, he’d feel better in the morning. Then I crossed my fingers that the problem would go away on its own (anyone care to guess how that turned out?).

As I drifted off to sleep I heard a panic-stricken yell “MMOOOOMMM!”

I jumped out of bed and found him crouching butt-*ss naked in front of the toilet. Apparently, he wasn’t sure which end it was going to come out of, but all of the candy and ice cream were attempting to evacuate. He assured me he had to puke, but as he’s saying this, I realize that he is actually sh*tting on the floor!

At this point, I’m now panicking! “You’re pooping! You need to sit on the toilet!”

“Sit on the flipping toilet, you are sh*tting on the floor!”

I know I probably shouldn’t have been mad, but at this point, I was. The whole night had gone from fun to ridiculous.

He finally decided I was right and finished his business ON the toilet. Then he cleaned up the floor (I wasn’t about to do it) and announced he was feeling better. Thank goodness because I was now nauseous and wondering WTF had just happened. He let me know he wanted to take a bath before heading to bed to clean up. I mumbled “Fine, whatever. Good night” as I made my way back to my bed.

The night continued quietly and everyone finally got some sleep. I fell asleep cursing myself for buying candy and promised myself that next time, I will say no, no matter how badly I want to be the fun mom.

As the house awakened in the morning, I found my son asleep on the couch. Apparently, he never made it to his bed. He sits up, looks around confused, and lets me know that for the first time in forever, he has peed the bed (aka my couch).

Moms. At this point, my face turned red and those little steam clouds exploded from my ears, I turned around, packed a bag, and bought a plane ticket out of here.

That is exactly what I wanted to do.

Instead, like the good mom I try to be, I started a load of laundry, thanked my lucky stars I have a mostly washable couch, started a bucket of mop water, poured in a massive amount of bleach (this post proudly brought to you by Clorox), and disinfected my floors as I asked myself how this had become my life.

Sometimes I think this motherhood thing might kill me, and other times it is just so outrageous, I’ve just got to shake my head, laugh, and keep trucking.

Although I would like my life and time with my kids to be Pinterest-perfect—and trust me, I do try to appear that way—the reality is motherhood can be a complete sh*t-show (pun intended) for the best of us.

So take a deep breath, find the humor in it, and remind yourself that one day you’ll miss this (cue that excessively sappy Trace Adkins song…). At least that’s what they say…

Bre Tuttle is a stay-at-home mom to two rambunctious little boys.  She utilizes her business degree by running and writing for The Complex Mom. She shares her experiences of being a preemie mom and a widow in hopes of helping other moms trying to survive the unpredictable journey of motherhood.

This guest post is sponsored by Clorox (just kidding, it’s not. But that is an affiliate link and, as an Amazon associate, I may earn from qualifying purchases (at no additional charge to you).